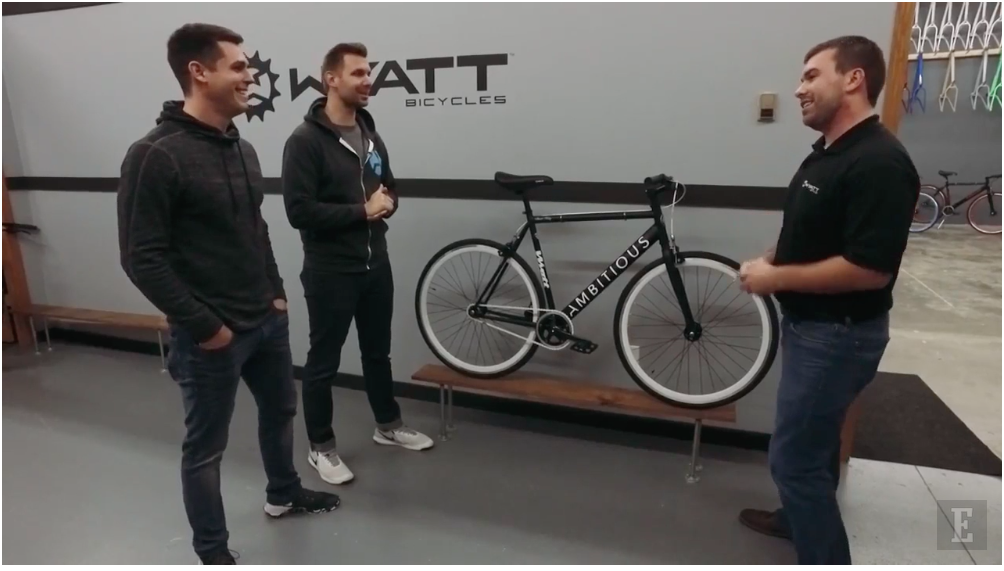 Back in 2016, Wyatt Bicycles along with Pearl Street Brewery and Full Circle Supply, were filmed for a new reality TV show, Ambitious Adventures. The show highlights entrepreneurs from around the country with a goal to teach viewers the keys to running a successful business.

A lot has changed since they filmed at Wyatt Bicycles, one being that we are now manufacturing all of our bicycles in-house. Enjoy!

NOTE: Fast forward to the 9-minute mark to view the Wyatt Bicycles portion of the show.